Something that never ceases to amaze me about TV shows such as Cold Case Files and Forensic Files is how very often, for incredibly long periods of time, horrific crimes go unsolved. Most people are familiar with the case of the Black Dahlia, perhaps the most famous unsolved murder of all. It took modernism a long time to catch up to fiction – until perhaps twenty or thirty years ago, in the literary genres of mystery and the thriller, cases like that of the Dahlia never appeared. Even in detective fiction that functions as serious literature, like the Lew Archer novels of Ross MacDonald, all the loose ends are tied up, all the I’s dotted and t’s crossed, by the end of the book. We seek closure and resolution, and tend to be frustrated if we don’t get it. In Last Seen Leaving Kelly Braffet offers us an account of murder and disappearance that leaves us hanging like a cold case file. In an interview with Scott Snyder around the time this novel came out Braffet discussed her view of secrets and the ultimate impossibility of understanding another’s motives and behavior.

She also spices her novel with a pretty original mixture of philosophy and cutting edge observance of contemporary young adult culture, of questionable areas of foreign policy and parent-child relationships, and of the magnetic lure that the possibility of danger and harm seems to hold for certain people. She’s as comfortable with Nietzsche and Heidegger as she is with video games and lipstick.

Speaking of Nietzsche – one of the principal philosophical concepts that scholars and researchers have always associated with him is that of Nihilism – a word which appears to take on different meanings depending on which thinker we’re using it in context with. Nietzsche was a metaphysical nihilist, believing that at bottom, in the final analysis, life was completely meaningless and that, in our attempts to understand it, we simply throw psychological projections onto the blank white canvas of lthe universe. The scientist presents science as Ultimate Truth, the artist presents art as Ultimate Truth, the religious person presents religion as Ultimate Truth – all of these are simply coping mechanisms that human beings invent to try and defeat nihilism. Last Seen Leaving examines this point in a sharp way, in a passage where we meet a character named Seth, a beach bum and philosopher:

In Seth’s real life, the nonsummer part that had nothing to do with waiting tables or brushing sand off his sheets so that he could crawl into bed with her,he was was a graduate student who read thick books with tiny print and no characters. He taught eighteen year olds about Heidegger and Nietzsche. He ate sushi, went skiing in Vermont, and was writing a dissertation about Being And Time.She didn’t think any of the girls he knew in that life had dragons tattooed around their bellybuttons.

The “she” having these thoughts is Miranda Cassidy, one of the book’s two main characters (the other is her mother, Anne); the point is that a true Nietzschean – perhaps Seth is one, as he seems to truly savor all experience – would not compartmentalize his or her life into this life and that life, real life and beach town life, work life and play life, etc. – your life is simply one integrated thing, not something that you can cut up into sections like a piece of fruit. Thus Miranda is a representative of a different sort of nihilism, what is usually called Russian Nihilism – a belief system in which young people hold in contempt the beliefs, values, and attitudes of their elders. This is pointed up in a second, later passage about Miranda and some of her friends:

“They think of themselves as creatures of the world, hard and brutal and unflinching. They listen to dark angry music, watch dark angry movies, collect dark angry comics. They read Neal Stephenson and William Gibson and William S. Burroughs and Philip K. Dick and Mervyn Peake. The modern world, to them, is but a pale imitation of the dystopian universes that they read about…

So they wait. In the meantime they jealously guard their disillusionment and its trappings, because as far as they’re concerned, you either get it or you don’t, and if you don’t you’d better not act like you do. Their disillusionment is all that they are sure of, and they do not want it used casually.”

What, you might ask, are these kids so disillusioned about? The answer is the same as the answer to quite a few key questions the book raises: we don’t know. In one way Braffet follows the sort of strategy used by Paul Auster in the novel City of Glass – a crime story, a mystery, that is unsolved and unsolvable, all questions and no answers. However in another way she opens up an equally mysterious avenue of plot and character that hinges, for its effect, precisely upon our knowledge of it as being mysterious: covert operations of the CIA in Latin America in the 70s and 80s. As I read Braffet’s novel I felt somewhat fortunate to have been familiar with an important American novel about the CIA in Latin America from the 1980s, Robert Stone’s A Flag for Sunrise, as well as Tina Rosenberg’s 1991 nonfiction account Children of Cain: Violence and the Violent in Latin America, which helped me appreciate Braffet’s work that much more. Braffet is excellent at just skimming the horrors that lie underneath the mouth of the volcano. This methodology is attractive to us as readers because we know that the author knows much more than she’s letting on, that her knowledge of such things is sufficiently strong so as to enable her to write about them in a minimalist fashion with confidence and plausibility.

Anne Cassidy is a middle aged mom living in Arizona, having moved there from the Pittsburgh area years ago when her husband Nick, a pilot employed by a enigmatic, shadowy company called Western Mountain, goes down in his plane while flying a mission over Central America and is never heard from again. (Significantly, no remains of the aircraft are ever found). Her rebellious daughter Miranda originally accompanies her out west but returns to Pennsylvania as soon as she’s old enough to be on her own. There, she disappears one night after crashing her car, picked up on the road by a passerby named George who takes an unusual interest in her. She takes a ride with him, ending up somehow in a beach town in Virginia.

Meanwhile Anne, after not speaking to her daughter for many months, begins to get frantic when her many calls to Miranda go unreturned. The sense of dread and menace gets turned up several notches by the unintentionally mocking greeting on Miranda’s answering machine – “You know what to do.” Here, this fairly common greeting morphs from being a simple every day phrase into a reminder of Anne’s helplessness – she doesn’t know what to do. After a few days of frantic calling, Miranda’s phone number is taken out of service and Anne gets on a plane to go look for her. She encounters only dead ends, and a detective named Romansky ( a holdover from the detective yarns of yesteryear, an impotent Sam Spade or Phillip Marlowe – say the name Romansky very slowly to yourself) tells her it’s probable that her daughter has simply moved along, no foul play involved. Anne won’t have it, and when she is granted access to Miranda’s vacated apartment and figures out how to listen to her phone messages she finds a series of them from a boyfriend named Jay that grow progressively drunken and nasty. Naturally, she fears the worst.

However, we know Miranda is, at least ostensibly and for now, all right; after a time Braffet begins to tell the story in sequences that alternate between Anne’s search for Miranda, Miranda’s slumming on the beach in Virginia with her slacker pals, and flashbacks that show Anne, Nick and Miranda as a family in earlier, happier times. But just as there is a high element of angst in Anne’s search for Miranda, there is also one surrounding Miranda and the town of Lawrence Beach: a serial killer has been murdering young ladies in town, their bodies washing up on shore, and there are constant suggestions that George might be the killer. Still later, we see that George has possible connections to Miranda’s long lost father.

Miranda and Anne are shown to often disagree, argue, misunderstand each other, frustrate each other, behave differently, and take different perspectives on Nick’s death/disappearance. Braffet points this up in two remarkable contrasting passages that symbolize the differences in the “soul content” of mother and daughter. First, about Miranda:

“When she drove, she liked to think she was plugged into a huge, powerful machine. Like science fiction: the car’s nervous system joined with her own through the sole of her right foot.”

About Anne (who, by the way, works in a New Age shop and is into all kinds of New Age spirituality and healing):

“She imagines herself in Sedona, standing barefoot in red soil, mysterious energy thrumming up through the bottoms of her feet and wheeling up inside her, filling her with something pure and real.”

They both channel energy through their feet, which makes them similar, but one does so through the gas pedal of the car, the other through the dirt of the earth, which makes them different – impossibly different. Their attempts to make genuine emotional contact are, perhaps, doomed to failure.The fundamental discrepancies in their natures may be insurmountable.

This novel has intensely interesting secondary characters, chiefly among them a pilot colleague of Nick’s named X-ray and a juggler boyfriend of Miranda’s named Rainier, and it also makes very sophisticated use of scenes that aren’t really related to the main action but suggest, comment, and stand adjacent to it. To take just one example, one morning Anne finds a man dead in his car in the parking lot of the store where she works. He had been a customer the day before, purchasing a book entitled Healing Yourself With Chakras. The whole situation is by turns absurd, ironic, sad, funny in a very dark humor way, meditative, and sensually arresting (Braffet’s writing is very auditorily oriented, cued in to sound), but it functions in another way – it gives us the closure we crave, but it does so with a totally incidental character and is thus not satisfying at all. It takes some spine to write this way, and Braffet’s up to the challenge.

In this novel mood and atmosphere, in my opinion, take precedence over the desire to write a “well made story” in the Aristotelian sense, and it’s a refreshing approach that more authors should probably give a whirl. But that’s not to say it doesn’t succeed with traditional narrative elements such as characterization, because it does. And I think a blend of the modern and the traditional, well done like this, is always welcome. 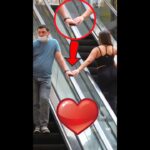