Art is reflection of our society and life and movies are often regarded as modern expressions of art. They make us laugh and cry and we often love to quote them, they edify us enlighten us.

Every year numerous movies are made in the entertainment industries but all are not liked: some top the charts while others are kicked out of the box office. Some become the hot topic of discussion for the critics while others just escapes their notice, in short some get a thumps up while others a thumps down.

But how many of these, which get a positive feedback, are actually good movies? Well it is not that simple to answer, as it seems. The topic is very much subjective. What seems good to some may not be the same for the others. What appears enjoyable to a few others might be enjoyable for others. Then what exactly is a good movie? To generalize it, we can say that those movies, which are liked by the mass and not by some class category of people, could be considered as a good movie. But what are the traits that are needed for a movie to qualify as a good one. First of all a movie should provide good entertainment. They are of course others:

Touch our feelings: A movie should touch our heart and make us talk or think about it instead of just becoming a time pass. It should have the capacity to teach and inspire us and provoke us emotionally.

Educative: It should be able to let us know about something new. Nowadays movies are considered to be one of the most effective educational tools used to teach or educate people regarding certain issues. In short a good movie should have some educative value for the masses.

Mirror of the society: A good movie must also provide some elements of encouragement and inspire people towards successfully overcoming barriers. Movies are regarded as the mirror of life. Every story of a movie is more or less inspired by our life, by what happens around us.

But this is not all; there are some other factors also which contribute in making a movie, to be considered as good. Following are the points:

The Plot: This is the most important part of the movie. Without a good plot a movie fails to attract and retain the viewers in the theaters. Even if they were drawn to it initially for some reasons, people would loose interest sooner than later.

The Characters: The second most significant factor of any good movie is the characters of the story. Without them there would be no story and no plot. Characters should be such, that the audience likes them. Be it a positive character or negative one. They should have some qualities to which the people can relate.

Script: Without dialogues movies look dead. Script is the life of movies so they should be very strong and appealing. They can even make people come and see the movie repeatedly.

Last but not the least, visual display of a movie with beautiful scenes and sceneries can also influence and draw people to the theaters. 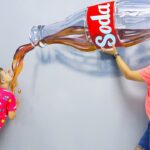